Queens Park Faith Tour
On 23 January 13 people (5 from St Andrew’s) had the opportunity to go on a unique tour. The proximity of a Sikh temple, Muslem mosque and Church of England church in Queen’s Park has enabled this unique tour to be established. Initially the visit to all 3 places of worship, with explanation of some of the features of the buildings and faiths, was established for schools within the Bedford area, but so successful and popular has this enterprise become that it is now extended to schools from as far afield as Oxford and Nottingham! Occasionally the tour is opened to adults and it was on one of these occasions that we went along.
We met at the Sikh Gurdwara and were provided with tea before we started the tour. The basis of Sikhism was explained to us before we went to the Prayer Room. The Sikh faith is one which emphasises selflessness and service to others. It is founded on 3 basic principles of the Way of Life:
Always remember God
Be honest, make an effort
Share
This is then expanded by a further 9 principles which were explained to us. We learned of the 10 Gurus (Teachers) of the Sikh faith (the first being Guru Nanak 1469-1539) and that once initiated men usually change their name to ‘Singh’ which means ‘learner’. On proceeding to the Prayer Room we saw the Sikh scripture Guru Granth Sahib which is read continuously every week by a relay of readers taking 2 hour slots each. This process takes about 2 days so in this country is usually started on a Friday and culminates with a ‘service’ on a Sunday.
We then walked to the Mosque and there we heard about Islam and saw, among other things, a video of the pilgrimage to Mecca. Questions were asked and answered before walking to All Saints’ Church where we received a hot drink and a biscuit before having a discussion about what we had seen and heard. As the majority of those on the tour were Christians it was felt that there was no need to go into detailed explanation of Christianity, but it was more enlightening to consider the similarities and differences between the three religions. (On a schools tour much more of the symbolism and beliefs of Christianity is explained).
What was striking was the great similarity between these three faiths. All believe in one omnipotent God and in service to others. This is a great over-simplification of the three religions, so should you want to know more, I would strongly recommend partaking in this tour if you get the opportunity.
Ian Smith

Saturday 17th February 2018
The Very Reverend Dr Jeffrey John
Returned to BELIEF with a talk entitled
“Making Sense of Scripture”
This event was held at St Andrew's Church Centre, Kimbolton Road, Bedford, MK40 2PF.
Between 10am and 1pm.
70 people attended and here is some of the feedback
​"I feel stimulated by today's event and my faith has been enriched"
​"it was refreshing to hear this way of understanding scripture, sixty years after I was first introduced to it, thank you"
​

Introduction to the New Testament (Bedford)Tue, 9 January 2018
​
This 10-week course was an introduction to academic study of the New Testament, and  examined the structure, purpose, and themes of several genres of New Testament texts. The texts were set in the context of the world in which they were produced and the earliest development of Christianity.
This may be taken independently, or as a 20 credit core module (with assessment) of SACT
Tutor:  The Rev’d Dr John Weaver, Tutor in New Testament Studies
Cost:  £110
Venue:  St Andrews, Kimbolton Rd, Bedford, MK40 2PF
Dates:  Tuesdays 9 Jan - 20 March (excl. 13 Feb) 2018
Start time:  7.45pm
End time:  9.30pm

25th April 2018 Sexualisation of Society “Living as a Christian in a sexualised Society” – Canon Reg Bailey Independent Reviewer for Government of the Commercialisation and Sexualisation of Childhood
2nd May 2018 Media – Cathy Le Feurve - Author/ writer, broadcaster, media consultant and trainer based in the UK.
9th May 2018  Religion & the modern world – Dr Nick Wood - Dean, Director of the Centre for Christianity and Culture; Director of the MTh
16th May 2018  Extremism – Canon Peter Adams  - Director, St Marys Centre for Peace and Reconciliation. Consultant and Trainer in intercultural Relations and Community Relations 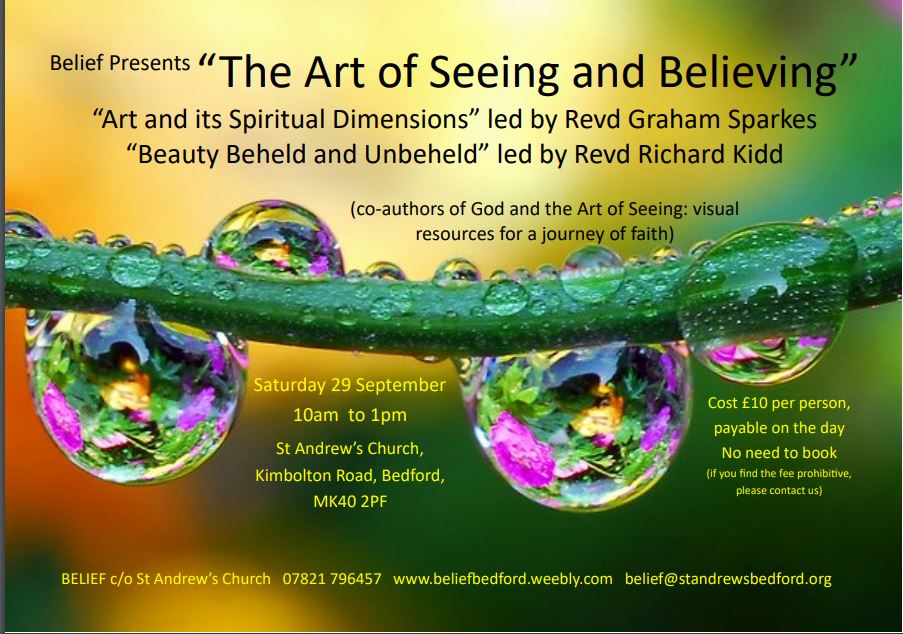 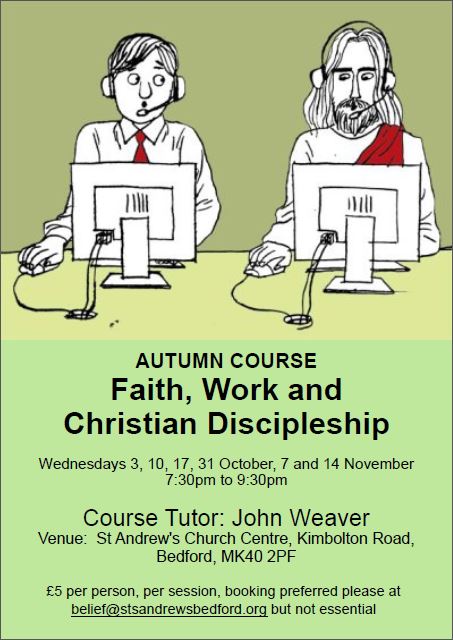 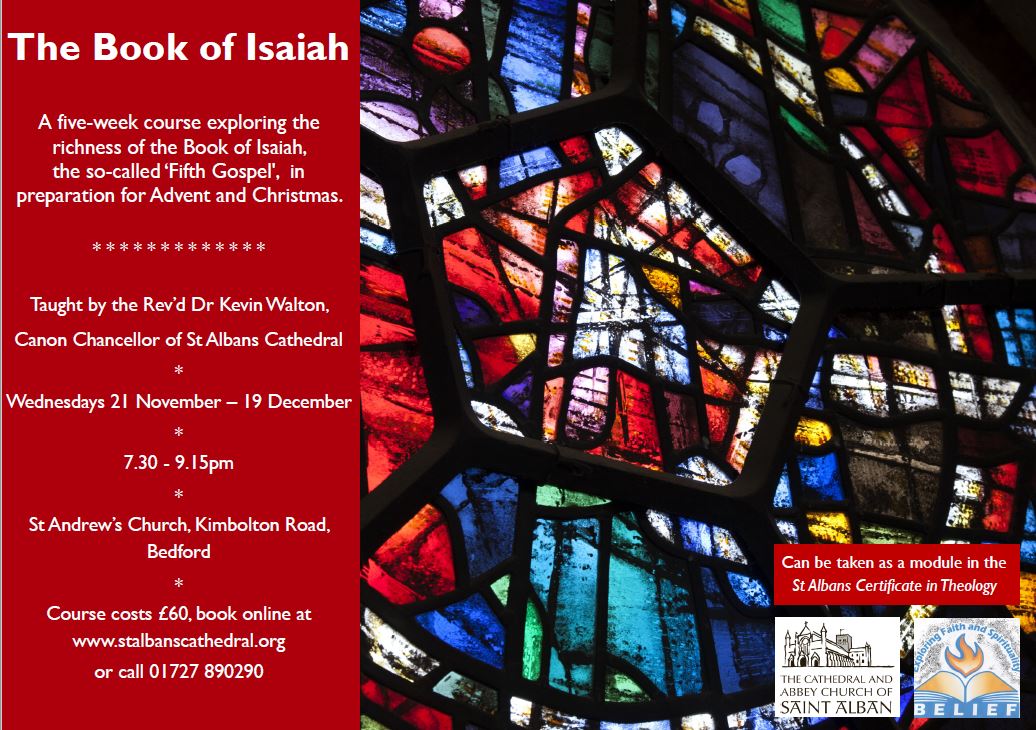